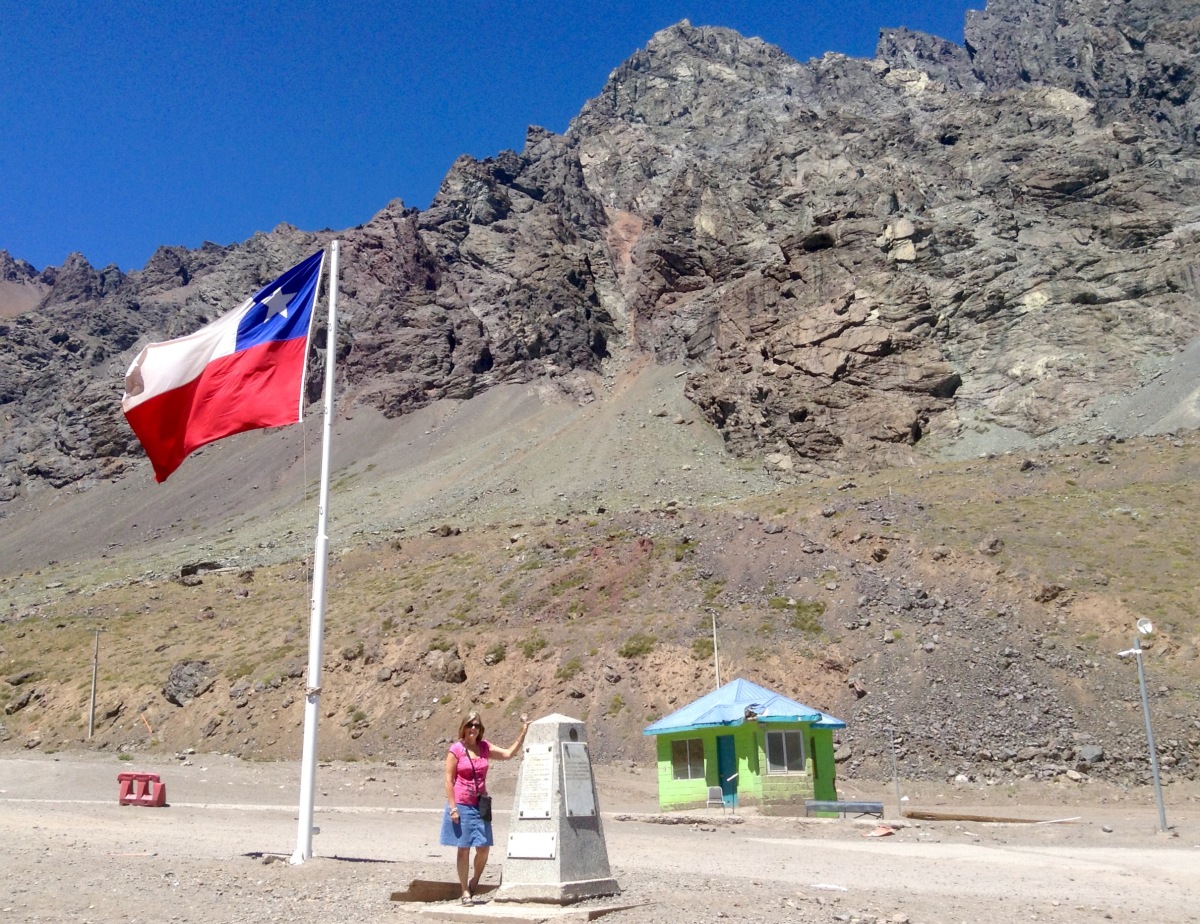 The snow-capped Andes loomed in the distance as we departed Mendoza heading to the Chile border. We were a bit nervous as the evening prior we heard about a fatal bus accident involving tourists from a  cruise ship. Of course we googled it only to find out there were a number of bus accidents the week prior. The highways in both Argentina and Chile are excellent but passing so many roadside memorials made us often wonder how these poor victims met their demise. Anyway with tickets in hand and faith in God plus knowing that my dear mother is praying us along on our journey off we headed on the 7-hour bus ride.

We looked forward to crossing the Andes for the magnificent mountain scenery and outstanding natural beauty plus getting a close view of Mount Aconcagua, “The Colossus of America”, and bragging rights of driving the longest mountain range in the world and second tallest after the Himalayas.

The Argentina/Chile border lies half way through a 3km tunnel so arriving at the border check-in was a bit of a surprise, especially when saw the long  lineup of buses and trucks ahead of us. Our already long bus ride had an additional 3-hours tacked on to it due to the rather complicated process of  checking out of Argentina customs, checking into Chile and getting our tourist visa. Then they take all the luggage off each bus for x-ray then load them back on. During the x-ray process passengers must line-up and watch, ready to be called out should your luggage be flagged if something is amiss. While waiting I whispered to Bob “there are two apples in my bag, (a big no-no), do you think they’ll find them?”. When my bag was singled out Bob stepped forward taking the hit for me even helping the customs officers as they all went through the bag, but I must pack really well since none of them could the “forbidden fruit” and eventually they all just gave up. Mi marido es un hombre muy especial! 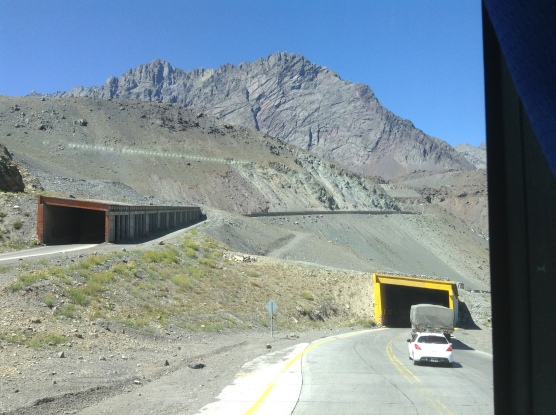 Somewhere in there is the border crossing g 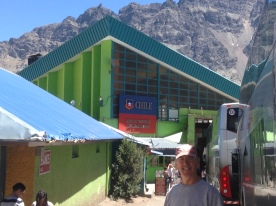 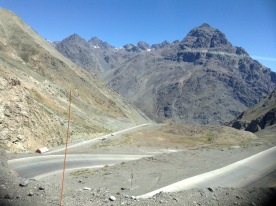 Once on the Chile side we barrelled down thousands of meters with the deep descent taking us through the 28 hairpin turns, yes they are all numbered! Bob had the window seat for this journey, needless to say.

We headed initially to a small town just up from Viña del Mar called Renaca. These two towns are major beach areas for those folks wishing to escape Santiago, about 1.5 – 2 hours away. Renaca was crazy busy since it was the last week of summer vacation and “kids” young and old were out enjoying what little time was left. Misty cool mornings eventually cleared each day leading to warm sunny afternoons with the beaches still crowded at 8:00 pm. The whole area is built on the side of a mountain and what we didn’t realize is our accommodation was at the top. We gots of exercise that certainly tested Bob’s cardiac prowess. 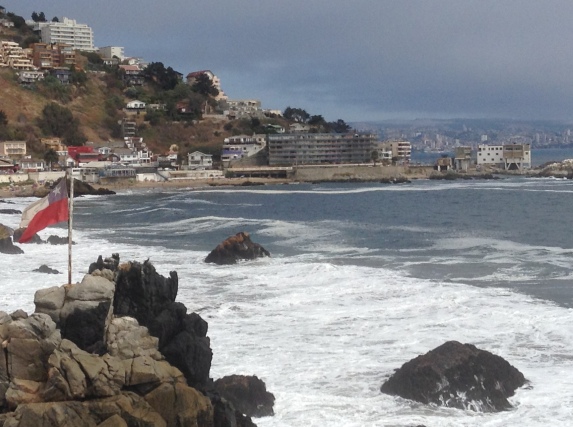 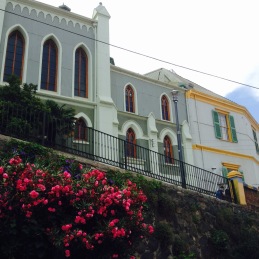 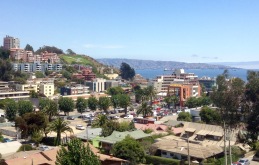 View from our hilltop abode

Our Airbnb hosts extraordinaire were wonderful, we shared great animated conversations over wine using “Spanglish” and had our cell phones talking to each other using Google translate. Ana Maria and Juan (mucho gracias amiga(o)) also introduced us to Pisco, more on that to come in another blog.

We strolled the long beachside walkways daily, clocking much more than 10,000 steps, wandered through the various street markets, took the local buses up and down the coast visiting small villages and eventually spent two weeks in the area splitting our time between Renaca, Viña del Mar and Valparaiso (more on that later as well).

The Viña del Mar International Song and Music Festival, a huge annual event signalling the end of summer holiday time for Chileans, was on while we were there. The headliner was Olivia Newton John, who knew she was still in the game. Ana Maria and Juan told us Lional Richie was the headliner last year and Elton John the year prior. However sad to say there were no Justin Beiber sightings 😝 although his tunes are heard in the most remote villages.

Next up the bohemian haunt of Valparaiso, definitely worthy of its own blog.

6 thoughts on “Chillin’ in Chile”