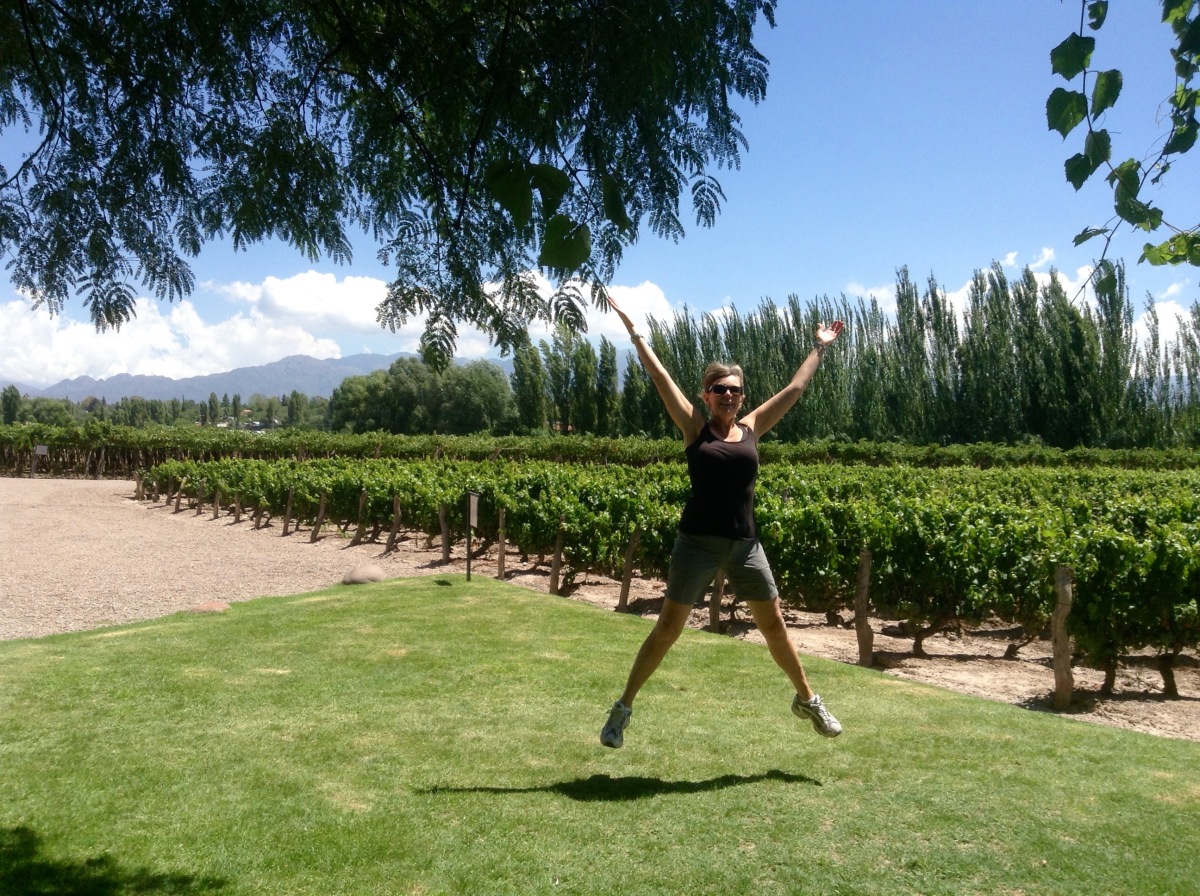 Heading directly to Mendoza from Salta would have been too long a journey so we decided to make a stop-over in Córdoba for a couple of days. From what we were told Córdoba is nothing special and we were encouraged to bypass it, we are happy we didn’t heed this advice. We were also told about a quaint little German village close to the city that we might find interesting, so with that we booked our overnight bus tickets.

Geographically Córdoba sits in the center of Argentina and is the country’s second oldest and largest city. It is a major financial hub for the country and well know as Argentina’s main educational center with six universities and several colleges. The National University of Córdoba is the oldest university of the country and was founded in 1613 by the Jesuit Order. Because of this, Córdoba earned the nickname “La Docta” (roughly translated, “the learned one”).

The city has many historical monuments preserved from Spanish colonial rule, especially buildings of the Roman Catholic Church. At one point Bob pointed out that it felt like we were on a Catholic church tour given the number of well-preserved churches we visited mere steps from each other. I told him to “get over it, besides your halo needs a realignment!” 😇  This is so very different from our previous trips where pagodas, temples and mosques were the norm and churches few and far between.

There is great architecture in Córdoba, with the most recognizable historical building being the Jesuit Block, declared as a UNESCO World Heritage Site in 2000, and consists of a group of buildings dating from the 17th century. 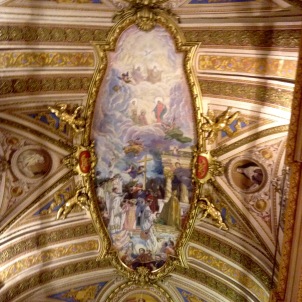 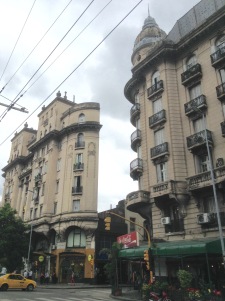 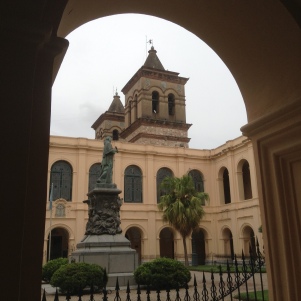 Pretty much everything closes late Saturday afternoon and continues into Sunday in Córdoba. Our bus to Mendoza was a day away so we decided to take the advice we were given and took a local bus to the strange little town of Villa General Belgrano, about 1-1/2 hours from Córdoba. Perhaps it wouldn’t be strange if it were in Germany, Switzerland or Austria but it’s slap bang in the middle of Argentina, the land of tango and wine. 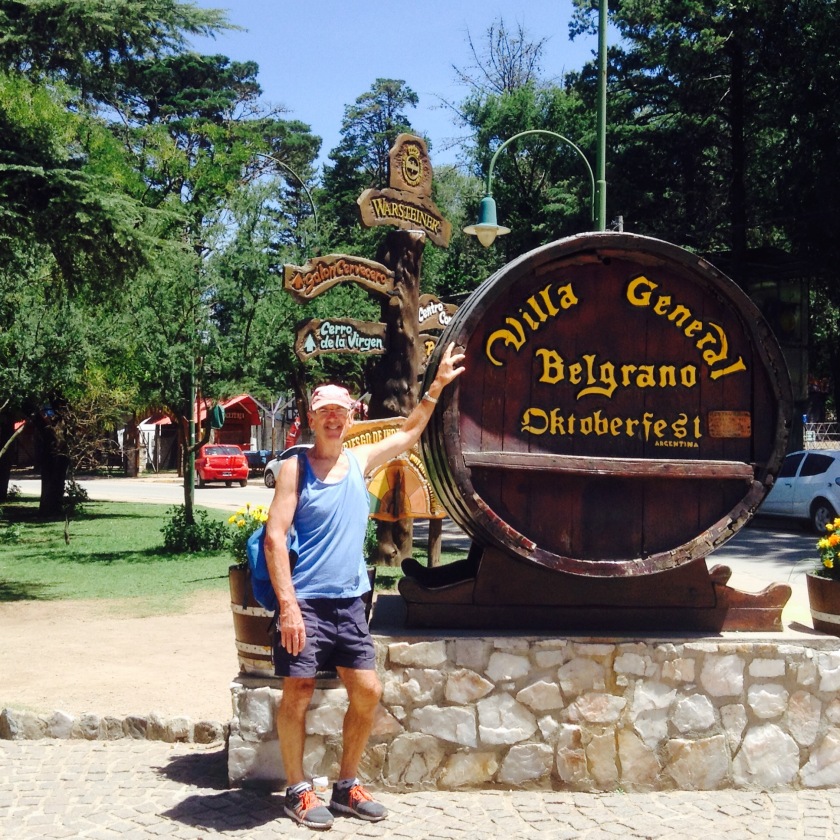 Since I love researching areas we visit, the following is a little background history to give some you context regarding this “quaint” little village. As the story goes, in 1932 two German immigrants bought land in Argentina and sold it off back home hoping to start a colony. Progress was slow at first but the population was boosted in 1939 when over 150 sailors arrived, part of the crew of the doomed “Graf Spee”. This German battleship had made a habit of sinking ships in the Atlantic before it was cornered in the River Plate by Allied cruisers early into WWII. The crew ended up in Argentina and pressure from Britain forced the Argentine government into dispersing them across the country. They received a mixed reception in different provinces but the governor of Córdoba welcomed them with open arms. In 1944 the governments of the United States and Great Britain demanded the men be repatriated to Germany but many avoided this by marrying local women or simply disappearing. With Argentina’s open door policy and Peron’s sympathy to the Nazi cause, several Nazi criminals and collaborators were welcomed to the country post WWII. This is still considered a painful and shameful episode in the country’s history.

Today the town continues to exhibit strong traits of the homeland although you would be hard pressed to find anyone who speaks German. Wooden Alpine architecture, carved wooden signs and shops selling large beer steins, craft beer, sausages, cheese and chocolate from Germany dot the Main Street. The town even has its very own Oktoberfest! 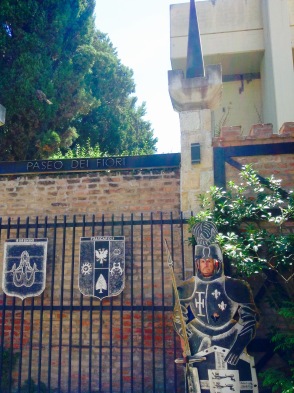 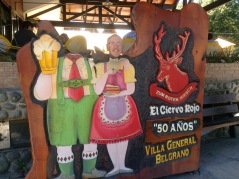 We decided to take the day bus to Mendoza, thinking that the countryside might be interesting; our first mistake, it is actually quite flat and unremarkable. Our second mistake occurred when we inadvertently booked the “milk-run” which added a couple of hours to the already 10-hour trip – ah, another lesson in the game of life!!!

Arriving in Mendoza around midnight, we were quite surprised to see people overflowing the sidewalks, cafes and restaurants. We are usually tucked away in bed at that hour, but here in South American the locals are just getting started, after all this is summer holiday time. 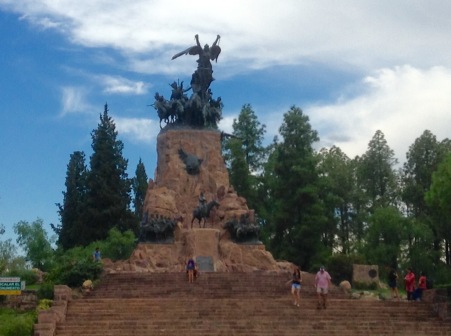 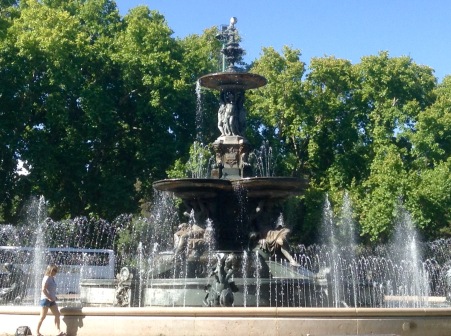 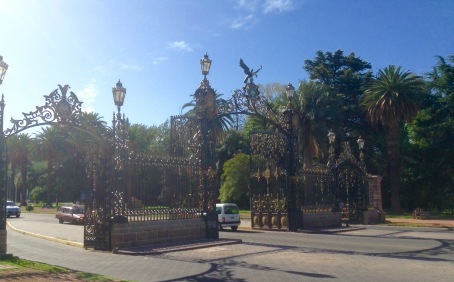 Mendoza is an oasis in the middle of the desert and was almost entirely rebuilt after an earthquake reduced it to rubble in 1861. The rebuilt city was well-planned and is centered around five airy plazas that were built to provide some safe open spaces in the event of another disaster. They have become the cornerstones of the city, especially on the weekends. At the most popular, the Plaza Independencia, ice cream vendors sell their goods, while kids run around and locals relax on park benches listening to the bands that congregate. City planners were very clever creating an extensive artificial irrigation system, which allows for greenery throughout the city as well as for the growth of grapes used to make its wines. Most streets have irrigation channels on either side, with bridges for pedestrian and traffic. These are periodically flooded with water diverted from the river. The trees and the wide avenues give the city a beautiful ambience. The other massive well used green space is Parque General San Martin, with almost 400 hectares of land and a small man-made lake. 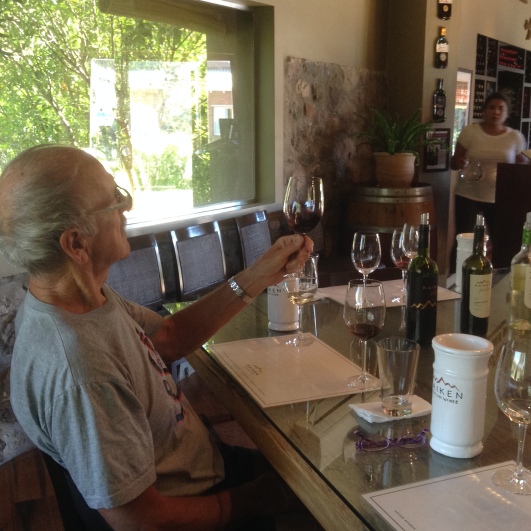 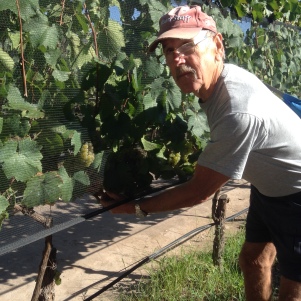 White grapes with netting to protect from hail

Getting a growing lesson 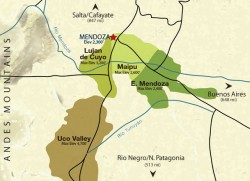 So much wine, so little time!

Mendoza is probably most well known as one of the main wine-producing provinces in Argentina with 70% of the national wines produced here, Malbec the most well known. The average annual temperature 14C, more than 250 days of sunshine per year and altitudes that vary between 800 and 1,200 meters (2,625 and 3,936 feet) are what give this valley its revered grape-growing qualities. Some traditional grapes we are familiar with, Malbec, Semillón, Cabarnet Sauvignon and Chardonnay, are grown here.

Oh yes, we were definitely faced with a major dilemma; with over 100 bodegas we had to choose which wineries to visit. According to experts, Valle de Uco is the finest wine region in Mendoza, seconded by Lujan de Cuy and the third Maipu. We opted for middle ground with a wine and bike tour a bit closer to the city in Lujan de Cuy. Our tour started mid-morning (yes, wine in the morning) and we cycled and toured three different wineries throughout the day learning about the different grapes, growing methods, processing and of course tasted several in each. The area is also known for growing olives and we were treated to olive oil tasting as well, a nice bonus ! We finished the afternoon with a wonderful lunch with wine pairing, had a great time and met some nice folks from the US and Brazil. By the time we were dropped off at our AirBnB a siesta was definitely in order (aka wine coma!).

We were close to Chile at this point in our travels and were ready to leave Argentina. Crossing the Andes was a much anticipated trip, see you on the other side! 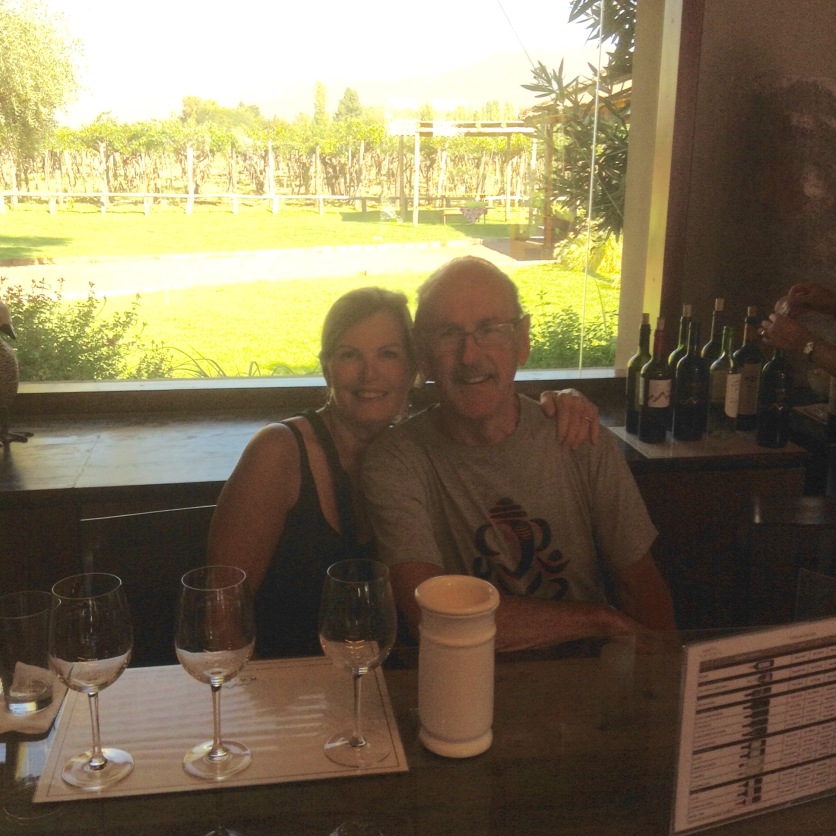