Ah, Singapore, such an affluent little county/city that literally has something for everyone. Still a major shipping port, straddling the trade routes between China, India, Europe & Australia, it has a rich history & has only been independent since 1965.

Singapore prides itself on being a multi-racial country, (however 85% are Chinese), where 1:4 people are expatriates from across the globe & where the unemployment rate is a mere 2%. It is also one of the safest cities in the world, with its squeaky cleanliness achieved in part by strict rules against activities that are tolerated in other countries. For example, jay-walking, spitting, littering, & drinking/eating on public transport are prohibited. Even gum chewing is banned, unless of course it is for medical reasons! Locals joke about Singapore being a fine city because heavy fines are levied if you’re caught committing an offence. Drug trafficking is punishable by death & the warnings were clearly spelled out on our entrance visas.

We were struck by the extreme cleanliness, how well laid out the city is, the beautiful landscaping with abundant flowers & greenery everywhere, wonderful art, sculptures & the marvellous skyscrapers mixed in with the colonial splendour of another era. And….no scooters or motorcycles! Such a breath of fresh air & so very civilized after spending the last several weeks in Thailand with its poverty, noise, dirt & where anything goes! The trade-off for all this luxury however is a major jump in cost, with everything at least quadrupled in price. There certainly appears to be great wealth here & Bob has never seen so many high-end cars on the road, e.g., Bentley, Lamborghini, Aston Martin, Porches; the common mans car seems to be BMWs & Mercedes. Despite all this, 85% of the population live in subsidized housing.

With  the upcoming Chinese New Year on February 19th the city is decorated with an abundance goats (2015 is Year of the Goat), stores & streets are decorated with kumquat trees & orchids. The city has swelled & China Town has hawkers out selling all the customary delicacies & the streets are packed. 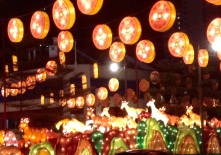 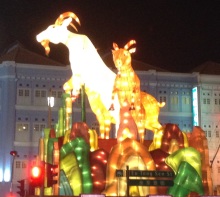 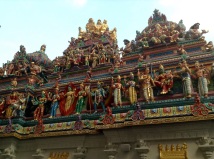 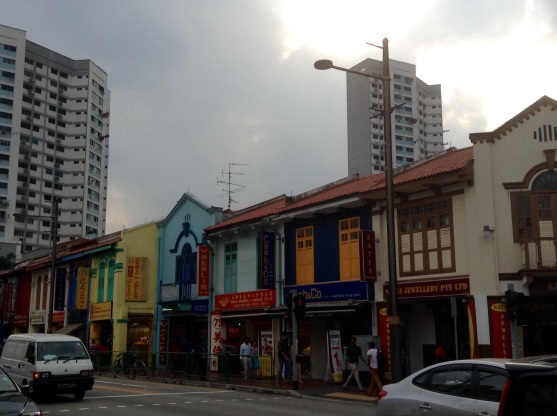 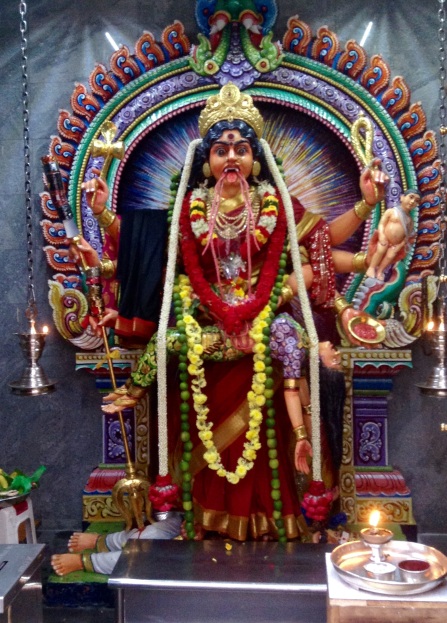 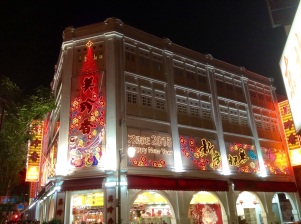 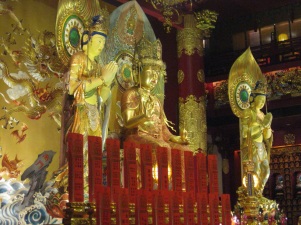 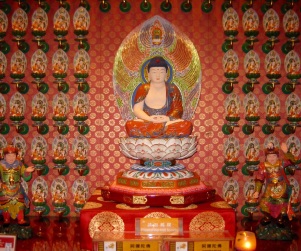 We opted to do the hop-on-hop off day tour on our first day which gave us a really great overview of the city. Once familiar with the layout we were able to do more exploring on foot & even mastered the subway line. We also feel we can now give some great reviews of the more opulent hotel lobbies scattered throughout the city. Singapore is located a mere 1.5 degrees north of the Equator; the weather is usually sunny with no distinct seasons & the stifling heat of the day builds between 2 & 5 p.m. To prevent heat stroke we would casually hang out in the various hotel lobbies & cool off in elegant surroundings.

We have seen most of the major sights that were on our list in Singapore & were also successful in obtaining our Myanmar visa. Another couple of check-marks to add to the list. Myanmar will have to wait though as we are heading into Malaysia next & plan to visit Melaca, Ipoh, Penang, Kuala Lumpur, Georgetown &  wherever else that strikes our fancy.

The Esplanade with Singapore Flyer in background (Ferris wheel)

Outside The Fullerton Hotel 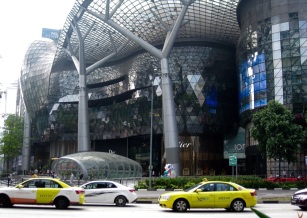 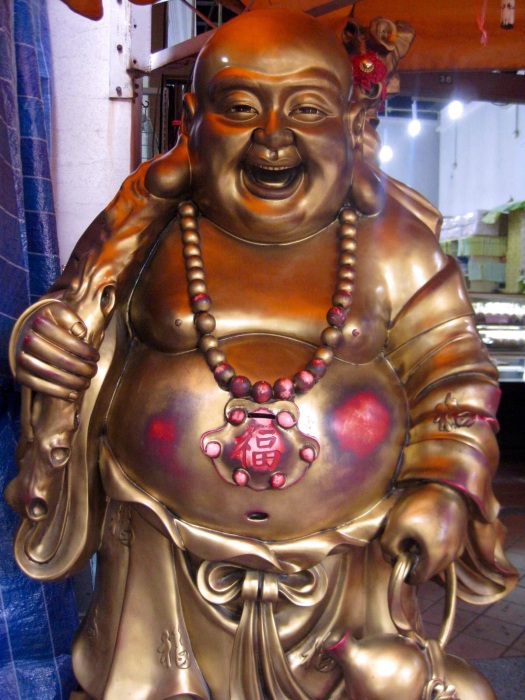 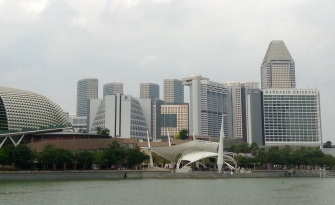 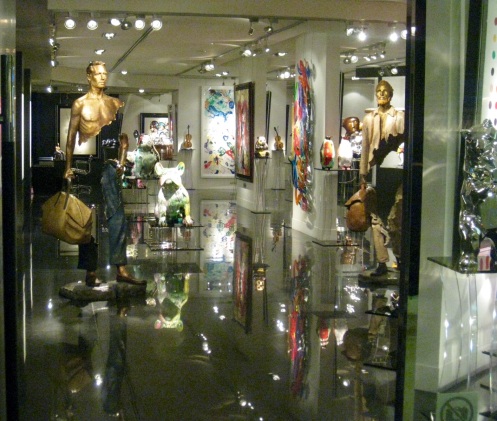 One of many art galleries 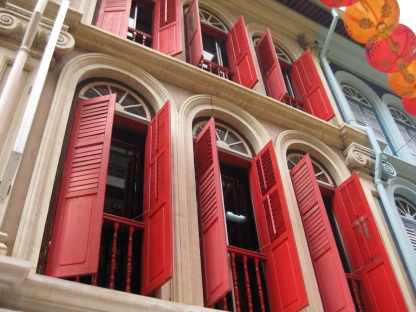 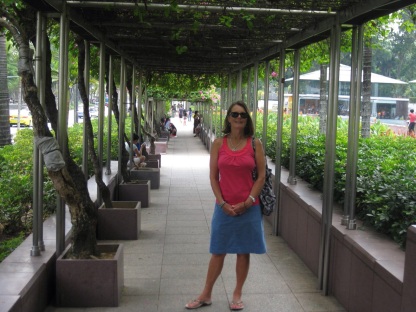